Colombia is much more than you think, it is a country in which in every corner you will find unexplored paradises, unique places and for this reason we have chosen for you the towns that to our to seem to be the most beautiful towns of Colombia, take advantage because in some we recommend you where to spend the night in style.

Guaduas is one of the most beautiful villages in Cundinamarca, where the revolutionary leader Policarpa Salavarrieta, better known as La Pola, was born.

This locality of houses of bahareque, tiles of mud and zinc is to 170 kilometers of Bogota, that is to say to 3 hours by highway.

In Guaduas, if you go up to the Piedra viewpoint, you will be able to see the Magdalena river and part of the Nevados Natural Park, as well as the Versailles waterfall, a waterfall over 40 meters high.

Santa Fe de Antioquia is located 50 kilometers from Medellín. It is one of the most beautiful villages in Colombia, where in addition to walking through its colonial streets full of history, you have the opportunity to travel by boat on the Cauca River.

One of its main tourist attractions of this heritage town of Colombia is the West Bridge that crosses the Cauca River, it was built by one of the architects of the Brooklyn Bridge, it welcomes a town with cobblestone streets and colorful colonial facades.

If you want to know more about Santa Fe de Antioquia, here I leave you everything you can see and do there (see review).

Salento is a small town about 30 kilometers from Armenia, on its main street, La Calle Real, you can breathe a half hippie and half colonial atmosphere, and coffee.

A few kilometers from Salento is the Valle del Cocora, the most instagrameable wax palm sanctuary in the world. So a single day in Salento is not enough and the Coffee Tree Boutique is a very good alternative to spend the night.

Monguí is one of those heritage towns anchored in time, which makes it one of the most beautiful villages in Colombia that was born under the premise of gathering the indigenous tribes in a single territory and that today is known as the great factory of balls sewn by hand.

Among the major tourist attractions of Monguí are the Calicanto Bridge, the Basilica Menor de Nuestra Señora de Monguí and its neighbor Páramo de Ocetá, one of the most beautiful places in Colombia and the world.

Get here a guide that tells you how to get and what to see in Monguí, give it a look you will not regret.

3 hours from Ibague is Honda, a town located on the banks of the Magdalena River and bordered by hills and mountains. Its beautiful houses in the colonial era were inhabited by the Viceroys of Spain.

You can not leave Honda without visiting La Calle de Las Trampas and passing by the market square to taste the sweet fruits of the region.

🤷♂️ Where to stay at Honda? Belle Epoque House

The main Jardín park is full of small rose gardens that make the path a carpet of colors in which its inhabitants and visitors gather for coffee.

You can travel by cable car to the hill of the Mirador Cristo Rey, from which you can see the coffee plantations, banana plantations and the La Salada stream.

A good plan is to rent a bicycle, spend the night Sgt Pepper´s Hostel and very close to Jardín do bird watching and torrentism.

Ciénaga Magdalena is hidden in the Caribbean and is known as the “Magic Realism Capital” since it is the place that inspired Gabriel García Márquez in his masterpiece, One Hundred Years of Solitude.

Most of its population are fishermen and live near the Ciénaga Grande de Santa Marta, the largest lagoon complex in Colombia.

Stoned streets, calicanto bridges, lanterns and white houses with dark doors and windows are the first thing that catches your attention when entering the narrow roads of this municipality 30 minutes from Bucaramanga.

The architecture of San Juan de Girón is almost intact, dates from the sixteenth, seventeenth and eighteenth centuries and together with the handicrafts of mud, straw and cloth are the greatest attraction of one of the most beautiful municipalities in Colombia.

🤷 Where to sleep in Girón? Girón Chill Out Hotel Boutique

This small town of colorful houses is a charm, in each of its facades are displayed the famous skirting boards, colorful structures that show all kinds of figures, from crafts to animals and places.

Piedra del Peñol is near the town, a natural wonder on which after climbing about 700 stairs you can contemplate the immensity of the reservoir.

A 10 minute walk from Piedra del Peñol you can spend the night in Galeria Guatape Hostel or in a little cabin in Bacoa Hostel, places right at the foot of the reservoir.

Iza, the Green Nest of Boyacá stands out for its charming landscapes, the fertility of its land and the conservation of its traditions and peasant customs, make this place one of the prettiest towns in Colombia.

Additionally, from Iza you can reach San Pedro, the largest island on Lake Tota, which in turn is the largest lake in Colombia and the second largest in Latin America.

Walking through the historic center of La Playa de Belén is fascinating, as the architectural harmony of its houses contrasts with the intriguing and rough landscape that surrounds them.

This municipality is the gateway to Los Estoraques, a protected and unique area where you can see the huge columns of eroded rock.

-> Recommended: An unexplored landscape for each department of Colombia

Aguadas is located 3 hours and a half from Manizales, also known as the “city of the mists” because of its constant fog and because it is the home of the native aguadeño hat.

In Aguadas apart from living the Paisas customs, you will be able to enjoy its nature and even climb the 144 painted steps of the street of the Lanterns.

🏨 Where to spend the night in Aguadas? Sueño Dorado Hotel

Socorro is key in the history of Colombia, since from its streets arose the rebellion of the comuneros and the signing of the first Act of Independence of the country.

In the historic center of Socorro you can see the baroque style of the Cathedral of Our Lady of Socorro, 4 centuries old and which was instrumental in the founding of the municipality at the time of the Colony.

🏡 Where to stay in Socorro? Hostal Casa Maranatha

Santa Cruz de Lorica is also called Antigua and Señorial City or “Lorica Saudita” because of the end of the 19th century migrants from the Near East who left their mark on the extraordinary Arab and republican architecture that still predominates in its streets.

The Market Square is national historical heritage and is a must for visitors who pass through this warm town.

Jericó, a colorful town surrounded by mountains and plantations of coffee and banana, is famous for being the birthplace of Laura Montoya, the only saint of Colombia, canonized in 2013, who was born in this beautiful little town in 1.874.

In the streets of Jericó there are 17 temples, in its environment you can breathe tranquility and in every corner you can find shops full of Catholic memories and blessings by lots.

🏡 Where to stay in Jericho? Las Cometas Hostel or Cabañas del rincón paisa

-> Recommended: Guide to travel to Jérico

Mompox is one of the most beautiful villages in Colombia, once Gabriel García Márquez wrote that Simón Bolivar when arriving in this town said that “Mompox does not exist, sometimes we dream about it, but it does not exist”.

Mompox is located on Margarita Island, the largest island in the country, just off the Magdalena River. Find in this guide all the details for your visit to Mompox.

🤷 Where to spend the night Mompox? Hostal Doña Manuela is a very elegant option and the Casa del viajero is ideal if you are looking for something cheaper but just as nice and comfortable.

The conservation of its colonial buildings, its huge plaza and the surrounding nature make Villa de Leyva one of the must-see towns of Colombia..

Just a couple of kilometers from Villa de Leyva are Pozos azules, some artificial wells that stand out because of the contrast they generate between the desert and nature.

🏨 Where to stay in Villa de Leyva at the right price? Casa Beija Flor

50 minutes from Armenia is Piajo, a place where days pass as if they were stopped in time and is that it is the first of the most beautiful villages in Colombia and the first Latin American population to enter the world network “cittaslow” .

In Pijao everything must be taken calmly, calmly to appreciate the houses that still preserve the typical architecture of the towns of the Coffee Axis and without haste to portray the colorful mansions that frame the main square of the town.

Salamina, declared a National Monument in 1.982, resembles a manger of bahareque houses and clay tiles. In its steep streets abound the balconies and the colorful doors.

In Salamina you can get to know in depth the coffee culture, the process of harvesting and production of the grain and of step to amaze yourself with the coffee landscape of one of the most beautiful towns of Colombia.

🤷 Where to stay in Salamis? CasaCarola ByB

20/20 BARICHARA, SANTANDER.
THE INFALTABLE IN ANY TOP OF THE MOST BEAUTIFUL TOWNS OF COLOMBIA

The calm and silence reign in this beautiful municipality of the department of Santander. The white, green and ocher are the predominant colors of its streets that contrast with the natural background and the preserved style of the colony.

You can not leave Barichara without trying their typical dishes, our recommended ones are:

✅ Carne Oreada: marinated, salted and sun-dried beef.
✅ El Cabrito: it is roasted kid or goat meat.
✅ Cullet ants, just try them.
✅ The pepitoria: a dish made from goat’s viscera, you can find mixed with rice, cheese, egg or bread crumbs.

Where to stay in Barichara? Tinto Hostel

Finally, visit the Colombian towns you visit remember to be a responsible traveler, consume local products or services to contribute to the development of the region, venture into the unknown but be cautious.

And do not forget that the most beautiful villages in Colombia are not limited to this list, go out and discover more. 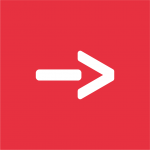